The Connection Between Sleep and Race

We talk a lot about how important sleep is for day to day life as well as how much it can impact your overall health. In fact, there’s even been research completed that shows how much honouring your natural sleep rhythms (known as circadian rhythms) can positively support your mental and physical health. There’s also plenty of articles written about how parents, in particular new mothers, sleep less than others and how harmful that can be to their health and happiness.

Obviously, life circumstances will affect how much sleep you get. Sleep environment, sleep routines and general daily life all play a factor in good sleep hygiene. So, does it really come as a surprise that sleep and race are also interconnected? It shouldn’t. We know the world is waking up to better acknowledge white privilege and it’s also time to better understand how that privilege impacts the ability to sleep well at night.

Sleep is a commodity. Getting the sleep you need and having the ability to rest when you need it is a luxury. Why haven’t we talked about this more? Honestly, it’s because the reasons around not getting the sleep you need when you’re a Black person can make others uncomfortable. It runs deeper than just not having the right pillows or not being able to block out the early morning sun. It’s only been in the last two decades that researchers have started to identify and study the intersection of sleep and race.

We’re not trying to simplify things or smooth over the complexity of the issue, but we do want to bring some attention to why Black people are more sleep deprived than other races.

Moving Forward And Changing The Conversation

As someone who is highly invested in the importance of sleep and who has spent more than a decade studying and educating families all over the world about sleep, I wish I had paid attention to the impact that race can have on sleep sooner. While I encourage every person to build a better bedtime routine and to make rest a priority, I now know that for BIPOC it’s just not that simple. Systemic racism reaches far and wide into every aspect of life and impedes Black people’s ability to prioritize their own health and well being. It’s time to open our minds and recognize how much white privilege impacts the choices we have and the choices we make when it comes to supporting what our minds and bodies need. 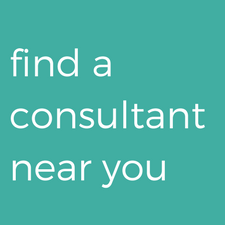 Does September feel like a new year for you too?

Using an emoji, how well did you sleep last night?

6 months. You’ve been home for 6 months. It was

What advice would you give another parent right no

This stuffed animal with my daughter is named Lamb 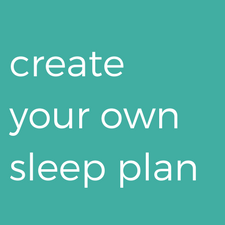